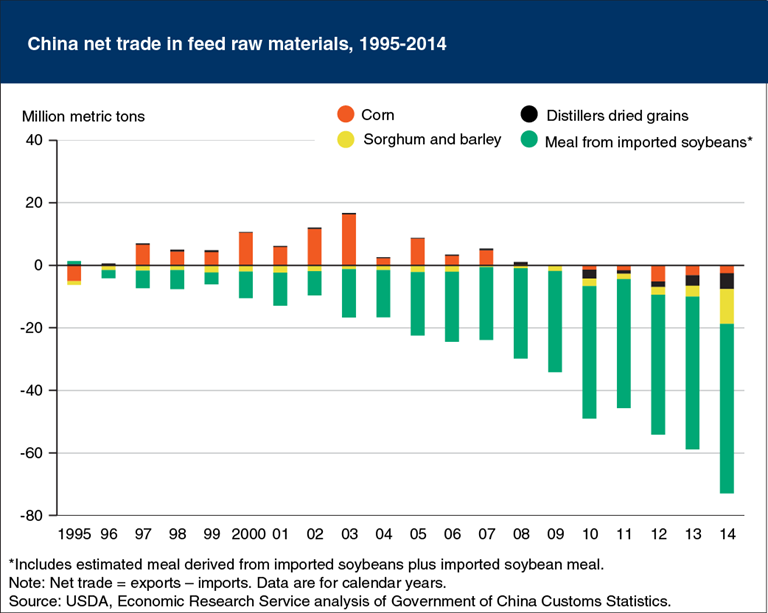 After nearly four decades of transitioning from a largely plant-based diet toward greater meat consumption, China is now the world’s largest producer of livestock products and has also emerged as the largest manufacturer of animal feed. This industry’s need for a reliable supply of feed ingredients has led to a reduction of China’s import barriers for many agricultural commodities and to China’s emergence as the world’s largest importer of soybeans and a growing market for imported distillers dried grains, sorghum and barley. The need for corn is still met largely through domestic production, but China became a net corn importer in 2009. The continued growth of the feed industry and demand for feed ingredients could further curb the use of trade barriers that protect Chinese grain and oilseed producers. As advocates for lower import barriers, Chinese feed companies help to forge closer integration between China’s agricultural markets and global markets. This chart is from Development of China’s Feed Industry and Demand for Imported Commodities.