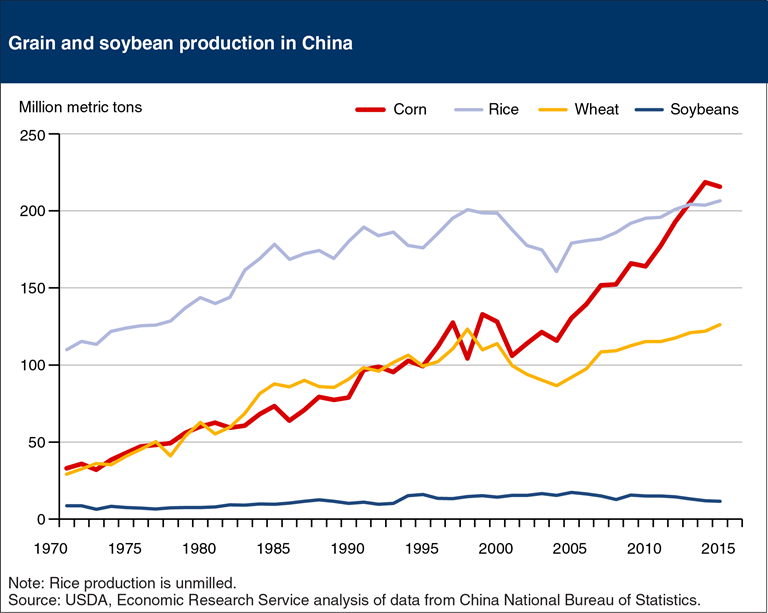 Dietary changes in China have led to profound changes in its markets for agricultural products. China is now the world’s largest producer of livestock products as well as the largest manufacturer of animal feed. Commercial feed includes a variety of raw materials that can be altered depending on market conditions, but the predominant ingredients in China are corn and soybean meal. China is the world’s largest importer of soybeans, but the Chinese Government’s long-standing goal of self-sufficiency in grains has led to several policies aimed at supporting and expanding domestic corn production, resulting in China’s corn output doubling from 2000 to 2013. Corn output has surpassed that of wheat and rice, and became the country’s leading crop in 2012. In contrast, China’s domestic soybean output was relatively flat throughout this period and declined to under 12 million metric tons in 2013. While import restrictions and price supports succeeded in expanding corn production, those policies also led to large corn surpluses held in government stocks at prices well above world prices. This chart is from Development of China’s Feed Industry and Demand for Imported Commodities, November 19, 2015.