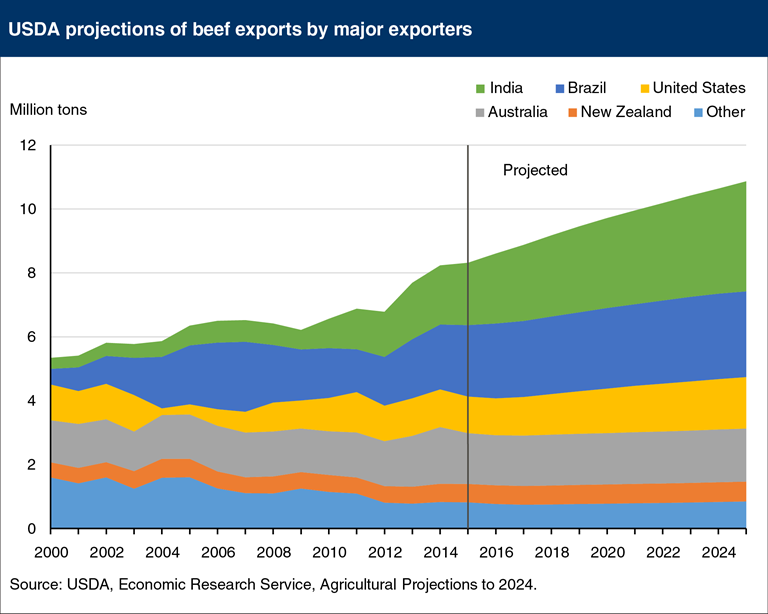 Since 2009, India’s exports of beef—specifically water buffalo meat, also known as carabeef—have expanded, with India moving ahead of Brazil to become the world’s largest beef exporter in 2014. India’s beef exports grew about 14 percent annually between 2000 and 2015, and are expected to lead major exporters with about 6 percent annual growth during 2015-2025. India’s exports of relatively low-cost beef (primarily to low- and middle-income markets in Southeast Asia and the Middle East) reached a 24 percent global market share in 2015, and that share is projected to increase to 32 percent by 2025. The U.S. share of the global beef market has fluctuated, but averaged 12 percent during 2013-2015, and is projected to rise to 15 percent in 2025. This chart is based on data and analysis from USDA Agricultural Projections to 2024.