This report estimates the potential gains in global trade and welfare (societal well-being) from two trade reform scenarios: elimination of agricultural tariffs, and a reduction in agriculture trade costs through implementation of the Trade Facilitation Agreement (TFA). Simulations reveal that reducing trade costs through the TFA could increase trade value by 7.27 percent. Removing agricultural tariffs could lead to an even larger global increase in trade value of 11.09 percent. Both scenarios would lead to an increase in societal well-being of $42.9 billion and $56.3 billion annually (respectively). This would represent gains to the global agricultural sector of a little more than 2 percent for each scenario. Although these gains represent an increase in agricultural market access, other market access barriers remain (e.g., nontariff measures).

ERS annually publishes the International Food Security Assessment to inform U.S. policymakers as well as international donor organizations of the food security situation in 76 low- and middle-income countries. The report provides projections of food demand and access based on ERS’s food security model, which allows for analysis of income and price changes on food security. Reflecting 2021’s anticipated lower income levels despite anticipated growth for most countries, the number of food insecure people is estimated at 1.2 billion, almost 291 million higher than in 2020. A sharp increase in global food insecurity was experienced in 2020, as compared to 2019, due to the COVID-19 pandemic. The prevalence of food insecurity in 2021 for the countries in the assessment is estimated at 30.8 percent of the overall population in the countries, an increase of 6.8 percentage points relative to the 2020 estimate. In 2031, the number of food insecure people is projected to decline from the 2021 estimate by 47.4 percent (637.7 million people), which is 14 percent of the projected population of the countries included in this assessment.

ERS researchers examined lists of applicants for wheat tariff-rate quota (TRQ) for the years 2015 to 2021 to characterize the potential demand for imported wheat in China. Although most applicants are private companies in major flour-producing provinces, they account for few wheat imports. Customs data indicate that Beijing-based companies—comprising fewer than 2 percent of TRQ applicants each year—are the predominant wheat importers. When China’s wheat imports doubled in 2020, Beijing-based companies accounted for 85 percent of the imports. 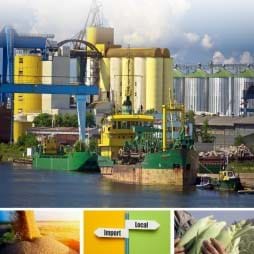 Projections of world agricultural trade show that a future concurrent crisis in the 8 top U.S. foreign agricultural markets (as of 2016-17) would decrease U.S. exports considerably

During the past few decades, economic crises have become commonplace, affecting both developing and developed countries and often hitting many countries simultaneously. These crises typically reduce the affected countries’ imports, including agricultural products. Given that the United States is a major agricultural exporter, its farm sector is particularly vulnerable to such crises. Examination of past crises and a simulation exercise of the effects of possible future crises show that such shocks can reduce U.S. agricultural exports considerably, especially if a crisis hits a number of countries simultaneously, as happened in the 1997–98 East Asian Crisis and 2008–09 world financial/economic crisis. In 1998 and 2009, agricultural imports from the United States by the major foreign markets struck by these crises fell collectively by 16 and 17 percent, respectively.

Food demand in Southeast Asia (SEA) is expected to grow in the coming decades, creating opportunities for exporters of dairy products

This study analyzes trends in market share over the 2006–18 timeframe and the price sensitivity for the top four U.S. dairy products imported by Southeast Asia (SEA) countries: skim milk powder (SMP), whey products, cheese, and lactose. In 2018, these four products accounted for 85 percent of the total value of SEA dairy imports from the United States. The findings show differing trends in market share and price sensitivity across products and countries. ERS analysis reveals that SEA importers are more likely to substitute U.S. products for EU dairy products than for dairy products from New Zealand or Australia. The research indicates that the United States has the potential to gain market share as import expenditures increase (holding prices constant) for cheese in Indonesia; whey products in Malaysia, Singapore, and the Philippines; SMP in Indonesia and Vietnam; and lactose in the Philippines, Indonesia, and Malaysia. 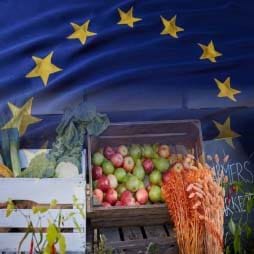 European Commission proposal could affect use of pesticides, antimicrobials and fertilizer, along with land use

The European Commission (EC) unveiled its Farm to Fork and Biodiversity Strategies that would impose restrictions on European Union (EU) agriculture through targeted reductions in the use of land, fertilizers, antimicrobials, and pesticides. The proposal also pledges to use EC trade policies and other international efforts to support this vision of sustainable agri-food systems, suggesting intentions to expand the reach of the policy beyond the EU. To examine the economic implications of the proposal, ERS researchers performed a range of policy simulations on several of the proposed targets using three progressively broader adoption scenarios of the EC’s initiative. Under all these scenarios, ERS researchers found that the proposed input reductions affect EU farmers by reducing their agricultural production by 7 to 12 percent and diminishing their competitiveness in both domestic and export markets. Moreover, ERS researchers found that adoption of these strategies would have impacts that stretch beyond the EU, driving up worldwide food prices by 9 percent (EU only adoption) to 89 percent (global adoption) .This would negatively affect consumer budgets, and ultimately reduce worldwide societal welfare by $96 billion to $1.1 trillion, depending on how widely other countries adopt the strategies. ERS researchers estimate that the higher food prices under these scenarios would increase the number of food-insecure people in the world’s most vulnerable regions by 22 million (EU only adoption) to 185 million (global adoption).