U.S. cotton production and share of global supply are expected to be up in 2016 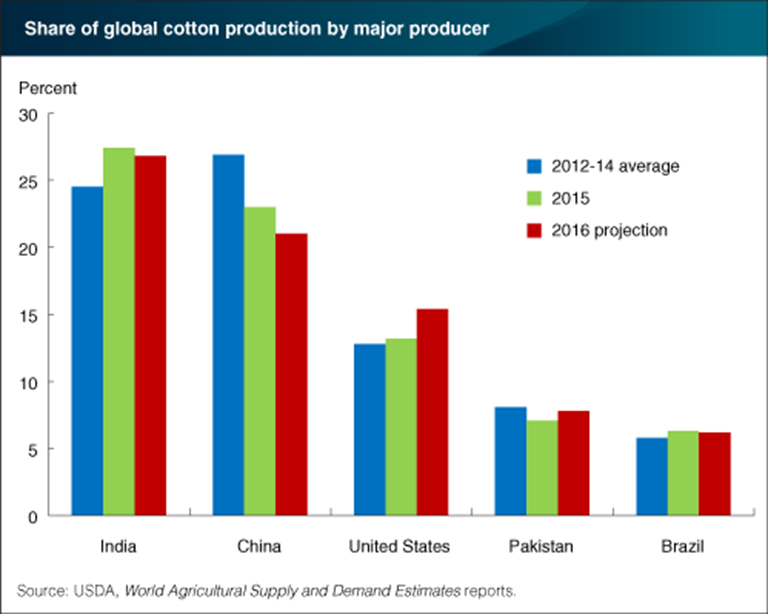 The 2016 U.S. cotton crop is expected to reach 15.8 million bales (1 bale = 480 pounds), 23 percent larger than the 2015 crop, reflecting a 17-percent increase in acreage, lower abandonment and higher yields compared to last year. Globally, cotton production is projected to reach 102.5 million bales in 2016, up 5 percent from last year. Global cotton production is concentrated among a small number of countries, with India and China accounting for nearly half of world production and the top five producers expected to supply 77 percent of the world’s cotton this year. Production in most countries is expected to increase at least modestly this year, with the exception of China, where production is expected to fall 4.5 percent to 21.4 million bales as acreage there falls to historically low levels. Given the large increase in U.S. production, the U.S. share of global supply is expected to increase from 13.2 percent in 2015 to 15.4 percent in 2016, compared to a 27-percent share supplied by India and 21 percent by China. This chart is from the ERS report Cotton and Wool Outlook report, July 2016.