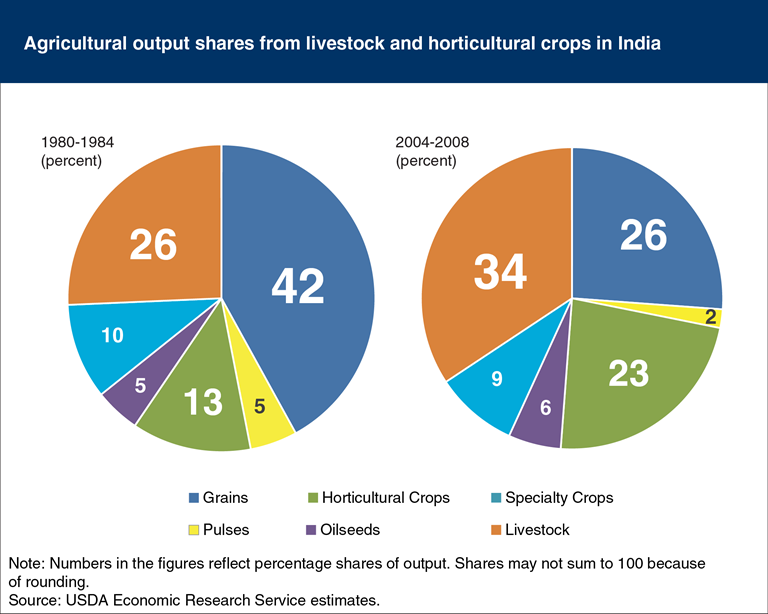 India’s economic growth and rising incomes have expanded consumer food demand to include higher valued foods, such as fruit, vegetables, and some meat products. Indian farmers appear to be meeting these new growth opportunities. A look at average production shares in the 1980-84 and the 2004-08 periods shows that growth in production of animal and horticulture products reduced the share of production growth attributable to grains. Accordingly, India’s real value of farm production increased an average 3 percent each year, rising from 2.6 trillion rupees in 1980 to 7.3 trillion rupees in 2008, or from $42 billion to $116 billion. This chart is based on Propellers of Agricultural Productivity in India, December 2015.