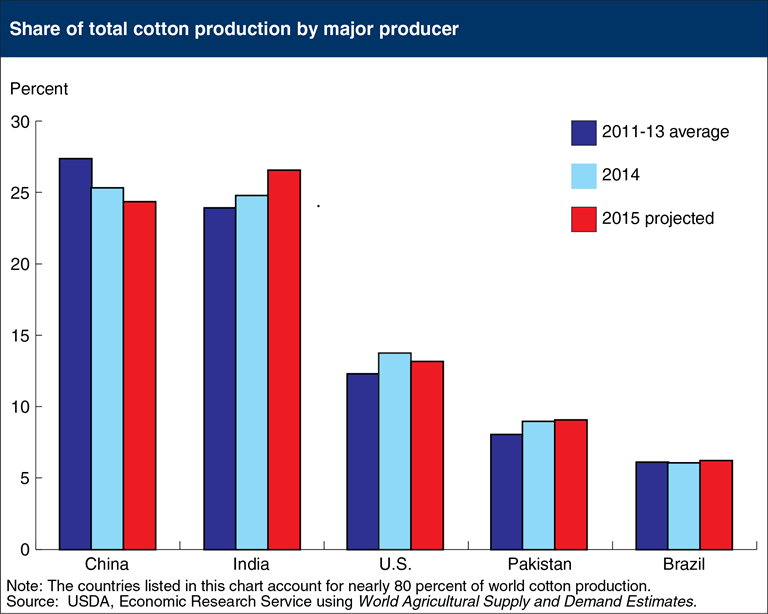 Cotton production is concentrated among only a few countries, with the world’s five largest cotton-producing countries forecast to produce nearly 80% of world production in 2015/16. India and China together account for more than 50 percent of global cotton production, but production in China is declining while increasing in India. In 2015/16, India is expected to surpass China as the world’s largest cotton producer for the first time on record, with a crop forecast at 29.5 million bales, pushing India’s share of world production to 26.5 percent. For China, 2015/16 production is forecast to decrease 10 percent (3 million bales) to 27 million bales, the lowest since 2003/04. China’s share of global production is forecast at 24 percent as area continues to trend lower. The difference in the production outlook for China and India can be traced in part to China’s rising wages and increasing production costs, while new technology and production practices have driven India’s yields and output significantly higher in recent years. Its output surpassed the United States for the first time in 2006 and is now poised to surpass China, which had been the world’s largest cotton producer since 1982. This chart is from July 2015 Cotton and Wool Outlook report.