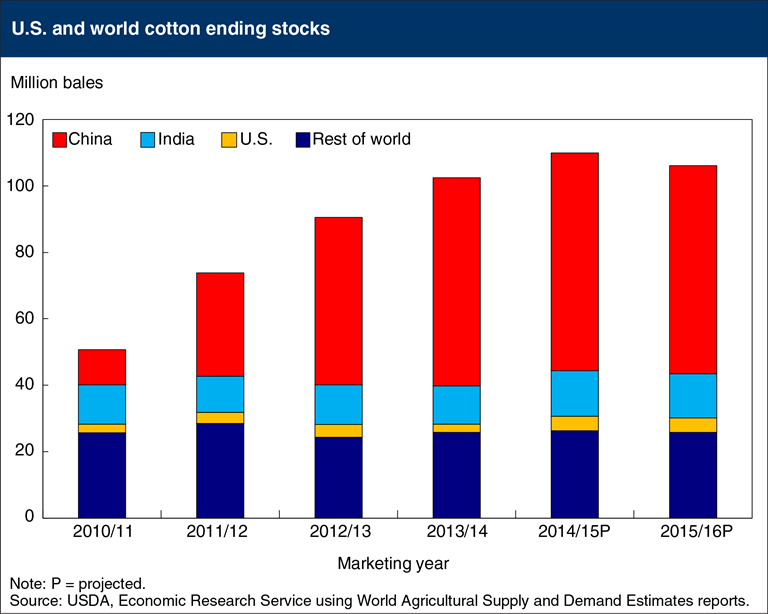 Global cotton stocks have risen over the last several years, largely the result of growth in China’s stocks. Government policies in China supported national reserve purchases of domestic cotton and, at the same time, significant imports of raw cotton. These policies strengthened global cotton prices by keeping China’s supplies out of the marketplace while also encouraging production in other countries. Stocks in China at the end of 2014/15 (August/July marketing year) are estimated at a record 65.6 million bales, or 60 percent of global stocks. For 2015/16, policy adjustments in China are expected to reduce stocks slightly to 62.6 million bales, with its share of world stocks remaining unchanged. Globally, cotton stocks are expected to decline in 2015/16 for the first time in 6 years, but would still remain more than double the level in 2010/11, resulting result in only a slight decrease in the world stocks-to-use ratio. As a result, the 2015/16 world cotton price is expected to remain near the current season’s average of about 71 cents per pound, the lowest in 6 years. This chart is from the June 2015 Cotton and Wool Outlook.