ERS’s Food Environment Atlas assembles statistics on over 275 food environment indicators at the county or State level that can influence food choices and diet quality. One set of indicators focuses on store availability by providing a count of supermarkets, supercenters, grocery stores, and other stores that sell food—both in total and on a per capita basis—for each U.S. county. But Americans do not only purchase food from grocery stores and supercenters. Easy-to-access, cheap foods from fast food restaurants can compete with grocery store options. 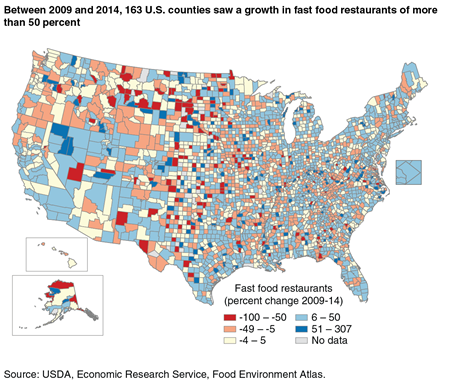