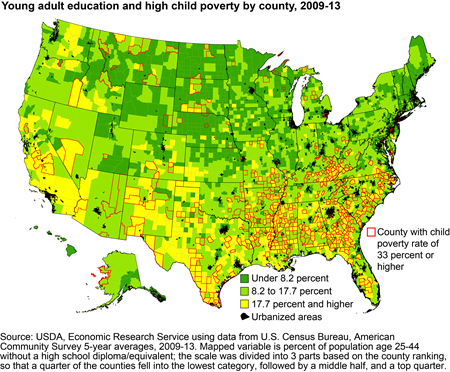 Not only minority counties had high child poverty in 2009-13 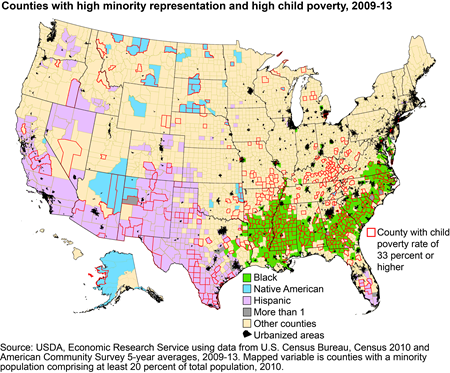 Over 1 in 4 rural (nonmetro) counties had a minority population?Black, Hispanic, or Native American?comprising at least 20 percent of the total population in 2010. The number of rural counties with over 20 percent of the population reporting themselves as Hispanic increased by a third between 2000 and 2010, to reach 210 (keeping the same 2013 definition of nonmetropolitan). Rural Native American counties also increased, from 46 to 55. However, the number of Black counties declined, from 285 to 277. Black counties were especially hard hit by the decline in manufacturing jobs in the 2000s, a decline that accelerated with the recession of 2007-09 and its aftermath. Child poverty, more dependent than poverty in general on labor market conditions, rose considerably in Black counties. The proportion of these counties with child poverty rates of 33 percent or more rose from a third in 1999 to nearly two thirds (66 percent) in 2009-13.