The rapid growth in fertilizer consumption throughout the 1960s and 1970s—as more acreage was devoted to high-yield crop varieties and hybrids that responded well to more intensive use of commercial fertilizer—peaked at 23.7 million nutrient short tons (1 short ton is equal to 2,000 pounds) in 1981. Since then, total fertilizer use has fluctuated, with no persistent trend. 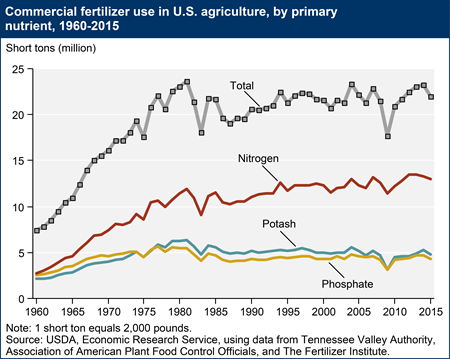 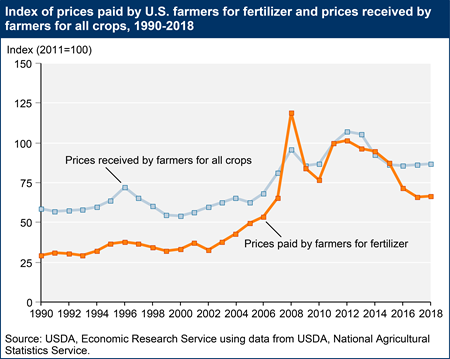