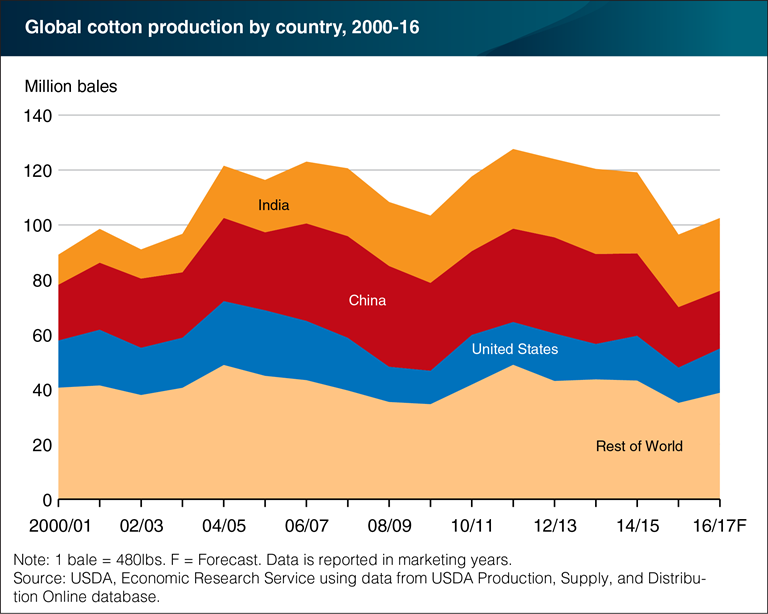 The latest U.S. Department of Agriculture (USDA) estimates for 2016/17 project world cotton production at 102.5 million bales, 6 percent above the previous season’s 13-year low. The three largest cotton-producing countries remain India, China, and the United States. In 2016/17, these countries are forecast to account for 62 percent of global production, slightly below the 3-year average (approximately 64 percent) as larger harvests are expected from a number of other cotton-producing countries such as Pakistan and Brazil. India is expected to remain the leading producer, after first surpassing China in 2015/16. Globally, 2016/17 cotton production is rising as a result of a higher yield expectation. World cotton area, on the other hand, is declining for a second consecutive season and projected to dip to its lowest since 1986/87. The reduction in planted cotton area may be due to declining global cotton prices as well as reduced imports from China. The ratio of cotton prices to alternative fibers such as polyester has also remained high even as cotton prices have fallen. This is due in part to the recent declines of global oil prices, which constitutes a key input in polyester production. This chart is based on data reported in the ERS Cotton and Wool Outlook published September 2016.