Chicken's popularity makes it the most consumed U.S. meat 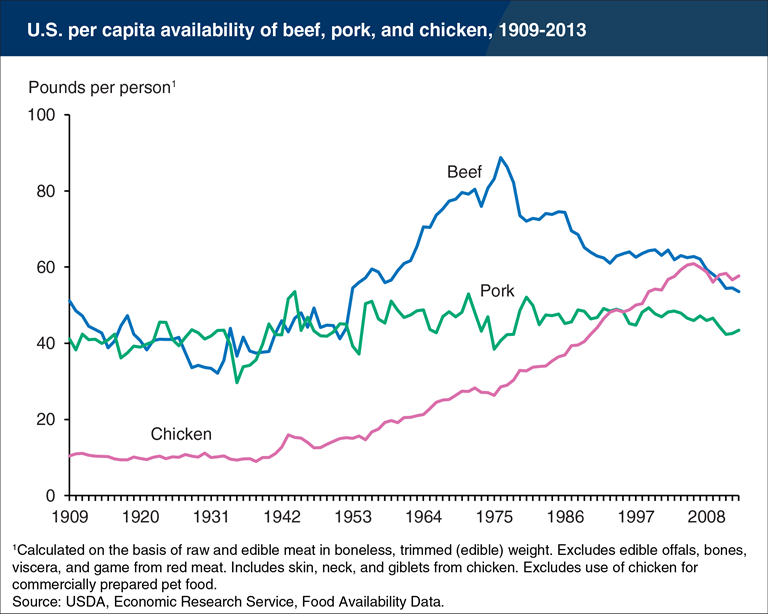 In 2013, 57.7 pounds of chicken per person on a boneless, edible basis were available for Americans to eat, compared to 53.6 pounds of beef and 43.4 pounds of pork, according to ERS’s food availability data. From 1909 to the early 1940s, chicken availability had been around 10 pounds per person a year, while yearly per-person beef and pork availability had ranged from between 30 and 50 pounds. Chicken began its upward climb in the 1940s, as innovations in breeding, mass production, and processing made chicken more plentiful, affordable, and convenient for the dining-out market and for cooking at home. By 1996, chicken had overtaken pork as the second-most-consumed meat, and in 2010, chicken overtook beef for the No. 1 spot. Beef availability rose during the second half of the last century, peaking at 88.8 pounds per capita in 1976. Pork availability, which had fallen in 2010 and 2011, was up in 2012 and again in 2013. This chart appears in ERS’s Ag and Food Statistics: Charting the Essentials data product.