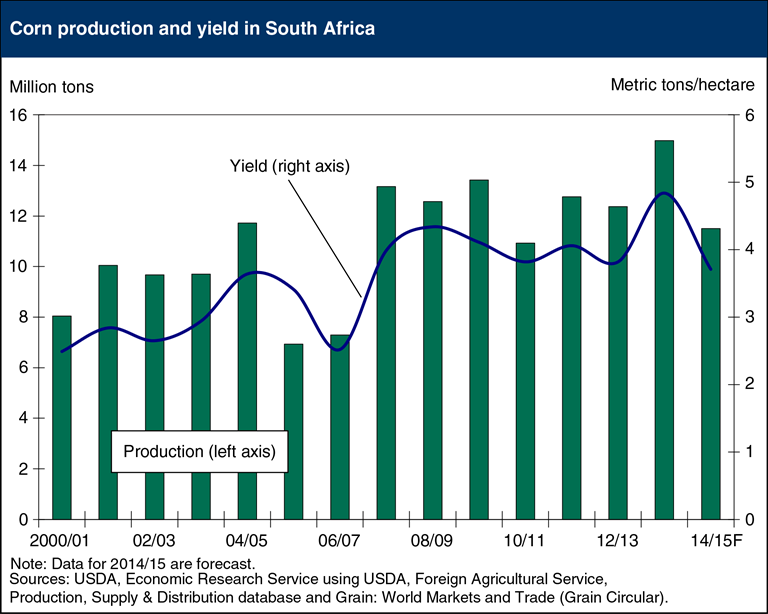 South Africa’s 2014/15 corn production is forecast at 11.5 million tons, down 23 percent from the previous year. Area harvested is expected to be unchanged from a year earlier, but yields are forecast to drop 10 percent from the 5-year average due to heat and dryness during critical growth stages. South Africa is normally one of the world’s top 10 corn exporters, with exports averaging 2.1 million tons over the last 5 years. While favorable weather and growing conditions in most major corn producing countries is supporting record world corn yields in 2014/15, South Africa, one of the last countries to harvest corn in the 2014/15 marketing year, is expected to lower corn exports by half to 1 million tons. South Africa produces both white and yellow corn, and both types are experiencing poor weather conditions this year. White corn is a staple food in South Africa, and due to the production shortfall it will require a price premium over yellow corn to channel it into human food use and away from feeding to animals. This chart is based on the March 2015 Feed Outlook report.