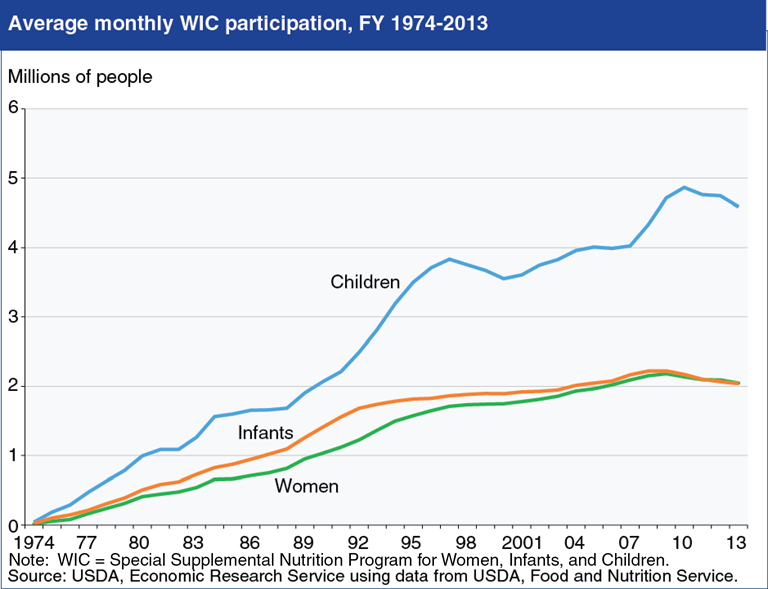 USDA’s Special Supplemental Nutrition Program for Women, Infants, and Children (WIC) provides eligible low-income women, infants, and children up to age 5 with free supplemental foods, nutrition education, and health care referrals. In fiscal 2013, an average of 8.7 million people per month participated in the program—3 percent less than the previous year and the largest 1-year decrease since the program began in 1974. Reflecting the continued decrease in U.S. births that began in 2008, the number of infants and women in the program each fell by 2 percent, and the number of children fell by 4 percent. This marked the third consecutive year—and only the third time in the program’s history—that participation for all three groups fell. Fiscal 2013 spending on the program totaled $6.4 billion—a 6-percent decrease from the previous fiscal year. This chart appears in ERS’s The Food Assistance Landscape, FY 2013 Annual Report released on February 20, 2014.