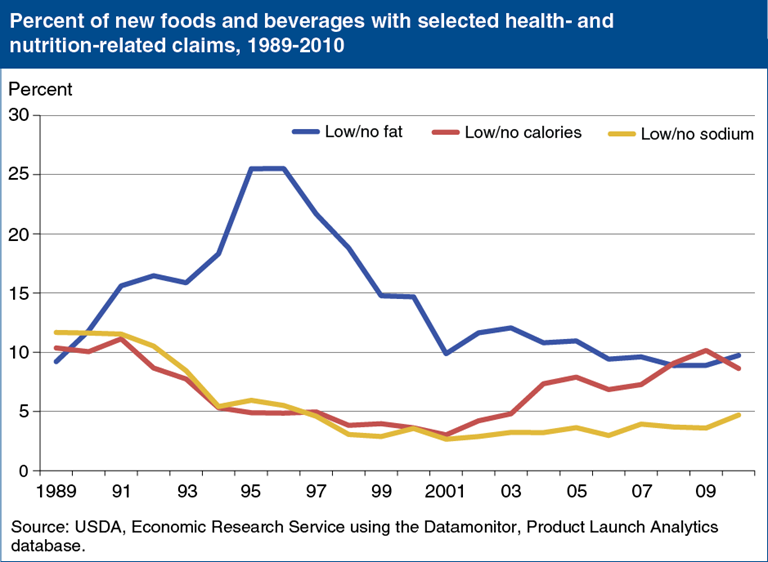 While Americans may be willing to forgo calories in their soft drinks and desserts, they seem less willing to embrace foods with lower fat and sodium levels. Mandatory nutrition labeling and consumer concerns about fat prompted food manufacturers to offer lower fat versions of high-fat foods in the early and mid-1990s. Products with “low/no fat” claims grew from 9 percent of all new products in 1989 to over 25 percent in 1996. But many consumers found the taste of these new fat-free and low-fat foods disappointing, which may have led companies to limit their use of low/no fat claims. From 1997 to 2001, the percentage of new products with low/no fat claims fell from 22 to 10 percent. Concerns that consumers associate poor taste with reduced-sodium foods may have contributed to fewer low/no sodium claims, as well. Products claiming to be “low/no sodium,” “low/no salt,” or “no salt added” fell from 12 percent of all new products in 1989 to 3 percent in 2001, before rising to 5 percent in 2010. This chart appears in “Obesity and Other Health Concerns Lead Food Companies To Step Up Health and Nutrient Claims” in ERS’s July 2013 Amber Waves magazine.