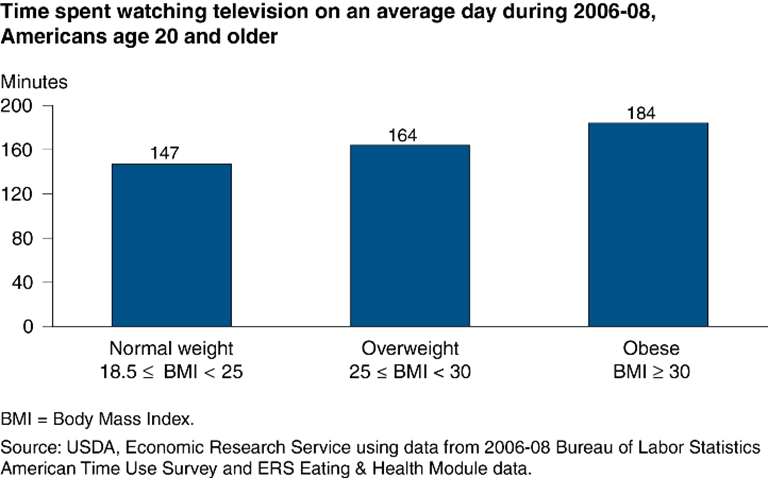 Using data from time use surveys, ERS researchers analyzed associations between time spent by Americans age 20 and older on 24 major activity categories and body mass index (BMI--a measure of weight adjusted for height). Associations do not necessarily indicate causality, but they can provide insight into differences in behavior among people of different weight categories. The largest disparity between normal weight people and obese people was in time spent watching television. Normal-weight individuals spent an average of 147 minutes per day watching TV during 2006-08, while those who were overweight spent 164 minutes, and those who were obese spent 184 minutes. This chart appeared in "Investigating the Time Use Patterns of Obese Americans" in the June 2012 issue of ERS's Amber Waves magazine.