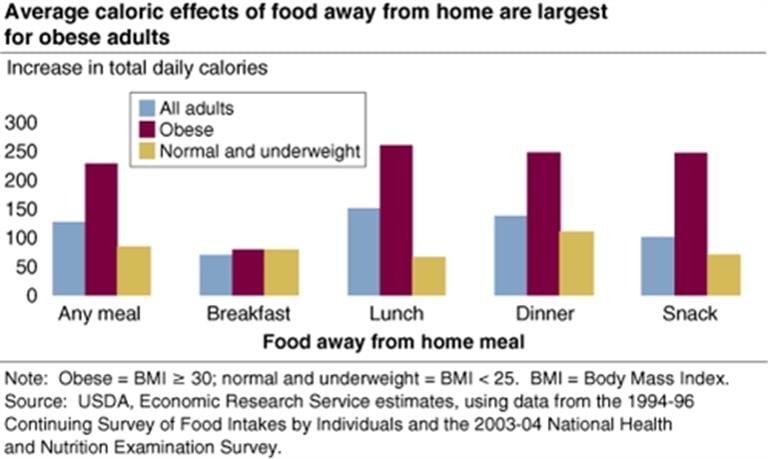 American households spend more than 40 percent of their total food budget on foods prepared outside of the home, up from 25 percent in 1970. Although it is possible to eat healthy away from home, studies have shown that the foods people select when they eat out generally have more calories, fat, and saturated fat than at-home meals and snacks. ERS researchers found that the effect of food prepared away from home on daily caloric intake depends on an individual's weight status. An away-from-home meal adds an average of 239 calories to daily caloric intake for individuals with a Body Mass Index (BMI) greater than or equal to 30, versus 88 additional calories for those with a BMI less than 25. This chart appeared in the June 2010 issue of Amber Waves magazine.