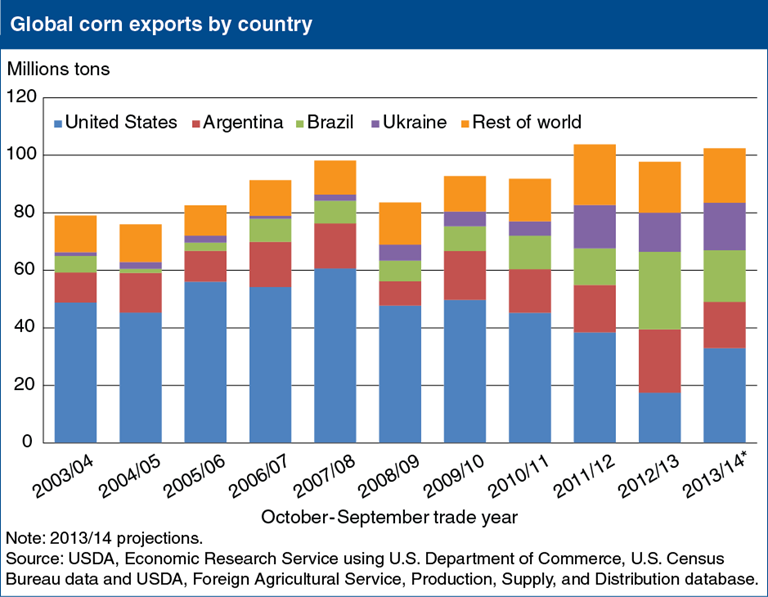 For most of the last century, U.S. corn accounted for between 50 and 75 percent of world corn exports, but over the last decade the United States has lost its dominance in world corn markets. The U.S. ethanol program provided underlying support for corn prices after 2005 and, together with rising global feed demand and policies in some foreign countries, encouraged expansion in foreign corn production, with Brazil and Ukraine notably successful.