Disabilities in the U.S. Farm Population

In the context of this study, disability does not imply that someone is or would be declared disabled for any official purposes, such as for disability benefits. Furthermore, the definitions of “farmer” and “farmworker” are not necessarily reflective of official USDA definitions. Farmers were identified as individuals who reported working as a farm or ranch owner/operator or manager, had positive agricultural sales, and were age 18 years or older. Farmers included individuals in the labor force, looking for work, and not in the labor force. Farmworkers were individuals who reported working as hired farm labor, age 18 years or older, and in the labor force. 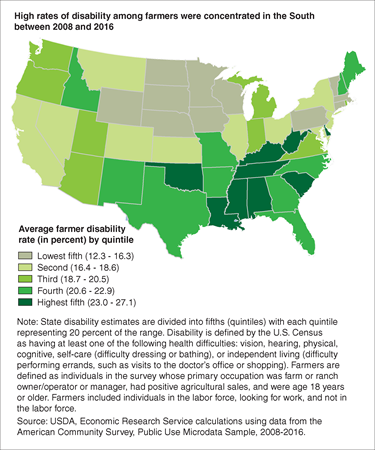 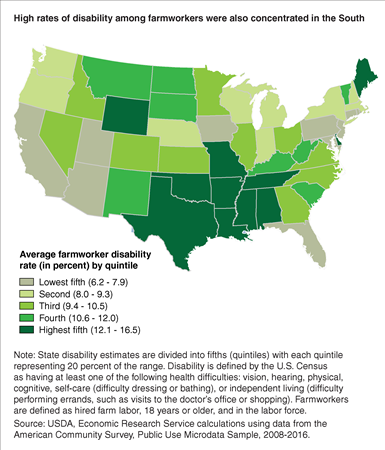