Over the last decade and a half, the number of quick-service restaurants operating in the United States grew by nearly 20 percent—from roughly 285,000 establishments in 2000 to over 340,000 in 2015. A recent ERS examination of changes in the U.S. food service industry found quick-service restaurants—eating places where food is ordered and paid for at a counter—even grew in number during the Great Recession, which lasted from December 2007 to June 2009. 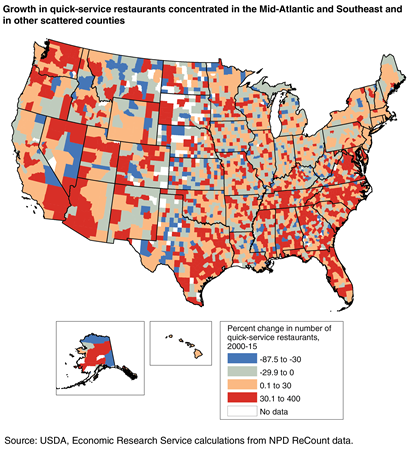